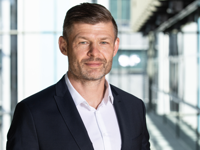 In the period from September 29 to October 27, 2017, the elections for the plenary assembly of the IHK (Chamber of Industry and Commerce) Südthüringen for the legislative period 2018 to 2022 took place.

For the Ilm district our managing director Dr. Thomas Rücker prevailed in the electoral group VII "other services" and was thus able to obtain one of the 48 seats in the entrepreneurs' parliament of the IHK.

The first economic forum at Thuringia's largest industrial trade area "Erfurter Kreuz" took place on 29.03.2017 and attracted around 240 trade visitors from politics and business on the topic "Industry 4.0, Logistics 4.0, Illusion 4.0? Users and Critics in Dialogue" on the premises of SolarWorld Industries Thüringen GmbH in Arnstadt to discuss the topic of digitization of the Thuringian economy. In addition to IPOL GmbH, the event was organized by the three associations "automotive Thuringia e.V.", "Initiative Erfurter Kreuz e.V.", "Logistik Netzwerk Thüringen" and LINDIG Fördertechnik GmbH. The commitment of IPOL went far beyond the mere organization.

Training at IPOL Awarded by the IHK Südthüringen 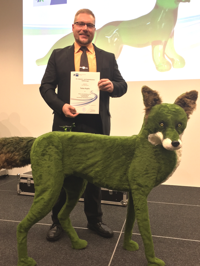 The apprentice of IPOL GmbH, Mr. Tobias Kupfer, completes his apprenticeship as best in training 2016 in the training profession IT specialist in the field of application development. On November 22nd, he was awarded the "Bildungsfuchs 2016" at a ceremony of the IHK Südthüringen in Suhl.

The management and employees of IPOL GmbH congratulate Mr. Kupfer on the successful completion of his training. We are also pleased about the honouring of IPOL GmbH as a training company. Mr. Kupfer will continue to strengthen our IT team in the future and will fully contribute his knowledge to our projects.

IPOL has been supporting industrial and logistics companies from a wide range of sectors worldwide since 2006. With our interdisciplinary team of 30 process experts, software developers and operational implementers, we have successfully completed over 600 projects for more than 240 customers. A strong employee retention distinguishes us from our competitors and forms the basis of our many years of experience and expertise. Through cooperation with more than a dozen universities, partners and experts, we complement our know-how and contribute to research and education.

Are you interested in our services and products? We are pleased to hear that! We will gladly call you back at your desired date.

Simply select the free slot that suits you in our